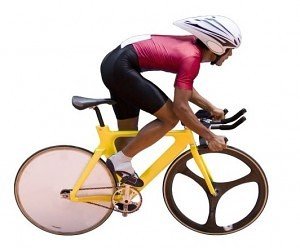 We are seeing an increasing number of ultra-sport events.  For example, UltraRunning Magazine reported the number of runners who finished ultra-length trail races increased from 15,500 in 1998 to 52,000 in 2011.  With this increased ultra-sport participation has come an increased demand for knowledge about cutting edge nutrition that can improve performance and longevity.

One food often touted by ultra-sport athletes for increased stamina due to its ATP (the energy molecules of the body) content is Cordyceps sinensis extract.  Studies indicate improved stamina due to increased aerobic capacity, oxygen utilization and stabilized blood sugar metabolism.  Widely used in Chinese traditional medicine for over 1,000 years, Cordyceps sinensis is a parasitic fungus that grows on the larvae of caterpillars.  It’s a little strange, but let’s not forget that edible mushrooms grow on poop.  Anyway, the fruiting portion of the fungus, commonly found at elevations between 11,500 and 15,400 feet, ripens in late summer.  Traditionally, Chinese herbalists clean and dry the fungus for use in medicinal applications. Most cordyceps sold as supplements in the US are lab grown and have the same or better potency than wild collected Cordyceps.

Cordyceps have demonstrated promising longevity (anti-aging), immunosupportive and anti-cancer properties.  According to the book “The Biochemistry of Human Nutrition“, Cordyceps enhance and strengthen the immune system by stimulating the production of natural killer cells, which are immune cells that attack pathogens like viruses and bacteria.  It also acts as an efficient antioxidant.  According to the book “Medical Herbalism”, Cordyceps sinensis extracts demonstrated significant anticancer activities in animals, mainly by stimulating the immune system and inducing cancer cell death.  A common dosage is from 2 grams to 5 grams per day.