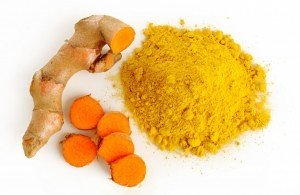 Medical population studies show that elderly villagers in India appear to have the lowest rate of Alzheimer’s disease in the world.  Indians eat turmeric with almost every meal.  The researchers theorize that the anti-inflammatory effects of tumeric may play a large role.  Alzheimer’s is the result of an inflammatory process in the brain.

Turmeric is made from from the underground stems of the plant Curcuma longa which is a member of the ginger family.  It is responsible for the yellow color of Indian curry and American mustard. Turmeric’s primary active ingredient is curcumin.  Curcumin is one of the most powerful anti-oxidants and anti-inflammatories on the planet.

It is very important to note that turmeric and curcumin are poorly absorbed from the stomach and intestine unless taken with black pepper or piperine.  Piperine is black pepper’s primary active ingredient and an alkaloid responsible for its pungency.  If you’re cooking with turmeric, be sure to add some black pepper to the food.  If you shop for supplements, make sure that you choose products containing black pepper extract or piperine.

A great deal of research has been performed on this remarkable spice.  There is evidence to suggest that people who eat diets rich in turmeric have lower rates of breast, prostate, lung, colon and skin cancers.  A growing number of studies have concluded that it compares favorably to a variety of conventional medications.  Here are some of the highlights:

•           Prozac/Fluoxetine & (antidepressants): Curcumin compared favorably to both drugs in reducing depressive behavior in an animal model.

•           Aspirin (blood thinner): Curcumin has anti-platelet and prostacyclin modulating effects compared to aspirin, indicating it may have value in patients prone to vascular thrombosis and requiring anti-arthritis therapy.

•           Arthritis of the knee: Italian researchers performed a 90-day trial involving 50 patients diagnosed by x-ray with osteoarthritis of the knee.  They investigated the effect on arthritis symptoms of a curcumin-based preparation optimized for better absorption.  Resulting blood tests showed a 16-fold decline in C-reactive protein, a marker for inflammation.  Patients in the curcumin group were able to reduce their use of NSAID drugs by 63 percent, compared to the other group.

•           Another way in which turmeric and its components reveal their remarkable therapeutic properties is in research on drug resistant- and multi-drug resistant cancers.

Try to use certified organic (non-irradiated) turmeric in lower culinary doses on a daily basis so that megadoses won’t be necessary later in life after a serious disease sets in.  Be patient when taking turmeric because the full benefits may not be apparent for as long as eight weeks.