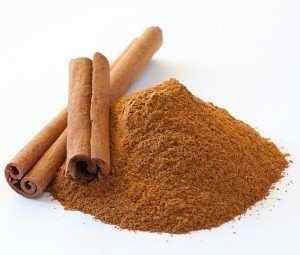 Lab studies show that cinnamon may offer multiple health and longevity benefits including antioxidant effects, blood sugar control, anti-inflammatory and fighting bacteria.  The general consensus is that consuming approximately one teaspoon of cinnamon daily is effective.  Cinnamon has a long history both as a spice, a medicine and even a form of trade currency.  We find its use documented as early as 2700 B.C. throughout China, Europe and Egypt.  There are two varieties of cinnamon, Chinese (cassia) and Ceylon.  They have similar flavor, but Ceylon is slightly sweeter and more difficult to find in local markets.

The three primary organic compounds found in the volatile or essential oils of cinnamon bark offer health and longevity benefits.  They are cinnamaldehyde (about 90%), cinnamyl acetate and cinnamyl alcohol.  Cinnamaldehyde (also called cinnamic aldehyde) has been well-researched for its effects on blood platelets. Platelets are cell fragments (cells that do not have a nucleus) in blood that clump together during injury to help stop bleeding.  Under normal circumstances, they can make blood flow inadequate if they clump together too much.  The cinnaldehyde in cinnamon helps prevent unwanted clumping of blood platelets.  It does this by inhibiting the release of an inflammatory fatty acid called arachidonic acid from platelet membranes.  This reduces the formation of an inflammatory messaging molecule called thromboxane A2.  Cinnamon’s ability to lower the release of arachidonic acid from cell membranes also puts it in the category of an “anti-inflammatory” food that can be helpful in reducing inflammation.  For this reason, cinnamon is beneficial for inflammatory conditions such as rheumatoid arthritis.

The benefits of cinnamon on blood-sugar control have been well documented.  Cinnamon may help lower glucose levels. It appears to bring blood sugar levels in people with type 2 diabetes to normal by improving their cells’ ability to respond to insulin. This occurs due to the ability of compounds in cinnamon to stimulate insulin receptors.  In addition, these compounds inhibit an enzyme that inactivates insulin receptors, so cells are better able to use glucose effectively.  Also, according to a study in the American Journal of Clinical Nutrition, seasoning a high-carbohydrate food with cinnamon helped reduce its impact on participants’ blood sugar levels.

Cinnamon longevity benefits seem to extend to cancer inhibitor and anti-microbial activity. Pharmacological experiments suggest that cinnamaldehyde activates the Nrf2-dependent antioxidant response in human colon cells and may therefore represent a dietary way to inhibit colorectal cancer.  Because they are anti-microbial, cinnamon extracts may help stop the growth of harmful bacteria or fungi, such as those that are responsible for candida, or yeast infections.  A study published in the International Journal of Food Microbiology showed that a trace amount of cinnamon oil inhibited the growth of the foodborne pathogens.