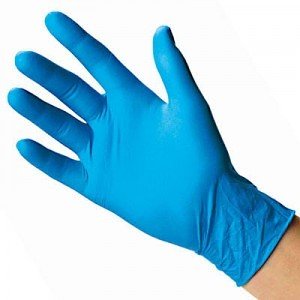 Our environment, both indoors and outside, is getting more polluted.  Understanding the source of these pollutants, their affects on your body and how to avoid getting them into your system is critical to extending longevity.

Let’s take a quick look at the endocrine system before we discuss the affect of pollutants.  The endocrine system (or hormone system) refers to the set of cells, glands and tissues of an organism that secrete hormones directly into the bloodstream to control the organisms’ physiological and behavioral activities.

Hormones are signaling molecules released from endocrine tissue into the bloodstream where they travel to target tissue and generate a response. Hormones regulate various human functions, including metabolism, growth and development, tissue function, sleep, and mood.

Endocrine disruptors are chemicals that, at certain levels, can interfere with the hormones in mammals.  Endocrine disruptors can increase the production of certain hormones, decrease production of others, imitate hormones, turn one hormone into another, interfere with hormone signaling, tell cells to die prematurely, compete with essential nutrients, bind to essential hormones and accumulate in organs that produce hormones.

BPA imitates the sex hormone estrogen.  BPA has been linked to breast and others cancers, reproductive problems, obesity, early puberty and heart disease.  According to US government tests, over 90 percent of Americans have BPA in their bodies.

Avoid BPA by avoiding canned foods because many food cans are lined with BPA.  Research or look at labels to determine which companies don’t use BPA or similar chemicals in their products.  Try not to take cash register receipts because their thermal paper is often coated with BPA.  Avoid plastics marked with a “PC” (which means polycarbonate) or recycling label #7. Not all of these plastics contain BPA, but many do.

Dioxins are most commonly formed during industrial processes when chlorine or bromine is burned in the presence of carbon and oxygen.  They can disrupt how both male and female sex hormone signaling occurs in the body.  Dioxins are powerful carcinogens and can also affect the immune and reproductive systems. They are very long-lived and build up both in the body and in the food chain.  Recent research has shown that exposure to low levels of dioxin in the womb and early in life can permanently affect sperm quality and lower the sperm count in men during their prime reproductive years.

Unfortunately, it is difficult to avoid dioxins because the ongoing industrial release of dioxin has meant that the food supply is widely contaminated.  You can reduce your exposure by eating fewer animal products because foods like meat, fish, milk, eggs and butter are most likely to be contaminated.

Invented in 1958, atrazine is a herbicide that is widely used on the majority of corn crops in the United States.  It remains in soil for a matter of months and can migrate from soil to groundwater where it degrades slowly.  Atrazine has been linked to breast tumors, delayed puberty and prostate inflammation in animals.  Some research has linked it to prostate cancer in people.

You can avoid atrazine by buying organic produce and installing a drinking water filter certified to remove atrazine.

Phthalates are chemical compounds that are used in a wide variety of products and are commonly used in the production of plastics.  As part of the normal life cycle, a specific signal programs cells in our bodies to die. Typically, about 50 billion cells in your body to die every day.  However, studies have shown that phthalates can trigger what’s known as “death-inducing signaling” in testicular cells, making them die earlier than they should.  Phthalates have also been linked to hormone changes, lower sperm count, less mobile sperm, birth defects in the male reproductive system, obesity, diabetes and thyroid irregularities.  Fortunately, due to health concerns, they are being phased out of many products in the United States, Canada, and European Union.

You can avoid phthalates by not using plastic food containers.  If you do use them, do not put plastic containers in the microwave.  Avoid plastic wrap made from PVC which has the recycling label #3.  Use phthalate-free personal care products.  Read labels and avoid products that simply list added “fragrance” which is a catch-all term that can be used to hide phthalates.

Perchlorate is a component of rocket fuel.  According to US government test data, it contaminates much of our produce and milk.  When perchlorate gets into your body it competes with the nutrient iodine, which the thyroid gland needs to make thyroid hormones.  If you ingest too much perchlorate, you can end up altering your thyroid hormone balance. This is important because it’s these hormones that regulate metabolism in adults and are critical for proper brain and organ development in infants and young children.

You can avoid perchlorate in your drinking water by installing a reverse osmosis filter.  Unfortunately, it is almost impossible to avoid perchlorate in food, but you can reduce its potential effects on you by making sure you are getting enough iodine in your diet.  Use iodized salt as one preventative measure.

European scientists studying women’s breast milk discovered an endocrine-disrupting chemical found in fire retardants.  It’s also disconcerting that the levels have been doubling every five years since 1972.  The chemicals are called polybrominated diphenyl ethers or PBDEs and have been found in peoples’ bodies around the globe.  PBDEs can imitate thyroid hormones in our bodies and disrupt their activity. This can lead to lower IQ and other significant health effects.  Some kinds of PBDEs have been phased out, but this doesn’t mean that toxic fire retardants have gone away.  PBDEs are incredibly persistent and they are going to be contaminating people and wildlife for decades to come.

It’s almost impossible to avoid PBDEs, but there are couple of things you can do to reduce your exposure.  Use a vacuum cleaner with a HEPA filter which can reduce PBDE-laden house dust.  Wear a respirator when replacing old carpet because the padding underneath may contain PBDEs.

It is well known that lead is toxic, especially to children. Lead harms almost every organ system in the body and has been linked to a staggering array of health effects, including permanent brain damage, lowered IQ, hearing loss, miscarriage, premature birth, increased blood pressure, kidney damage and nervous system problems. Lead also disrupts your hormones. In animals, lead has been found to lower sex hormone levels. Research has also shown that lead can disrupt the hormone signaling that regulates the body’s major stress system (called the HPA axis).  This stress system is tied to high blood pressure, diabetes, anxiety and depression.

You can avoid lead by keeping your home clean and well maintained. Crumbling old paint is a major source of lead exposure.  Be careful when removing it. Install an effective water filter to reduce your exposure to lead in drinking water.  Studies have also shown that people with healthy, organic diets absorb less lead.

Arsenic is a chemical element with symbol As.  It is used as a primary ingredient in wood preservative because it is highly toxic to insects, bacteria and fungi.  This and other industrial uses are the primary reason that we now find it in our food and drinking water.  It is toxic if you eat enough of it.  In smaller amounts, arsenic can cause skin, bladder and lung cancer.  It is also an endocrine disruptor because it can interfere with normal hormone functioning in the glucocorticoid system that regulates how our bodies process sugars and carbohydrates.  Disrupting the glucocorticoid system has been linked to weight gain/loss, protein wasting, immunosuppression, insulin resistance (which can lead to diabetes), osteoporosis, growth retardation and high blood pressure.

You can avoid arsenic by using a water filter that lowers arsenic levels.

Despite many studies linking organophosphate exposure to effects on brain development, behavior and fertility, they are still among the more common pesticides in use today.  They are an endocrine disruptor because they interfere with the way testosterone communicates with cells, lowering testosterone and altering thyroid hormone levels.

You can avoid organophosphates by buying organic produce and choose fruits and vegetables that have the fewest pesticide residues.

Glycol ethers are common solvents in paints, cleaning products, brake fluid and cosmetics. The European Union has stated that some of these chemicals, “May damage fertility or the unborn child.” Studies of painters have linked exposure to certain glycol ethers to blood abnormalities and lower sperm counts.  Children who were exposed to glycol ethers from paint in their bedrooms had substantially more asthma and allergies.

You can avoid glycol ethers by avoiding products with ingredients such as 2-butoxyethanol (EGBE) and methoxydiglycol (DEGME).  Wear latex gloves when working with products like brake fluid and paint solvents.  Use cosmetics that are free of glycol ethers.  Use zero-VOC paints when possible.

For more information, check out the Environmental Working Group.